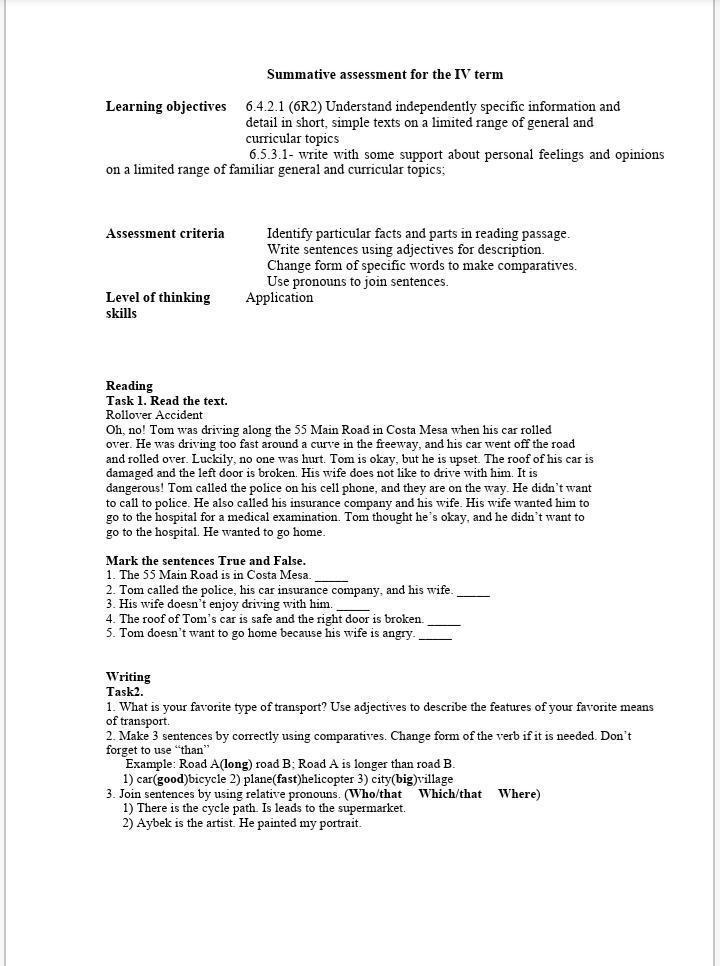 My favorite type of transport is bicycle

A bicycle is a very common and popular transportation mode and is available around the world. It is mostly used for its light and easy carrying system and for its health benefits as well. The wheels are attached to a frame for smooth movement. It was introduced in the beginning of the 19th century and due to its easy operation, it became famous globally. Interestingly, the number of bicycles produced after its invention has surpassed the number of automobiles. Bicycles are the key transport modes in the backwards geographical locations. It also helps the riders to keep fit as they are to drive it using its foot pedals. (ielts essay)

1 A car is better than a bike.

2 A plane is faster than a helicopter.

3 A city is bigger than a village.

1 There is the cycle path which leads to the supermarket.

2 Aybek is the artist who painted my portrait.